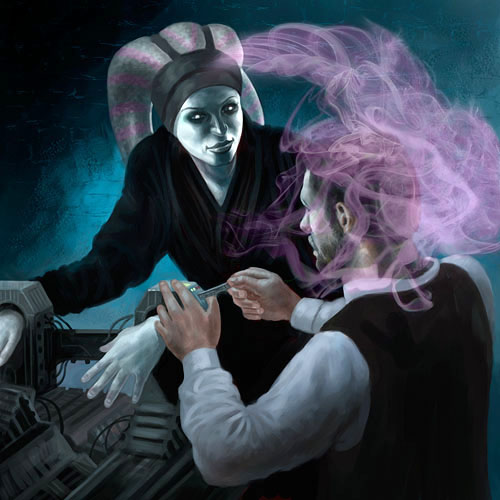 I REALLY used to dislike cardio. I mean I had a serious disdain for the whole activity, the intense sweat, the shortness of breath, the constant monotony of being on a machine. I tried to take it outside, and run, but I was big, the concrete pavement hurt my knees and I live in the Atlanta Metro area. The Atlanta Metro area has some SERIOUS air quality issues. Running outside at the wrong time made me feel like I had been sucking on a tail pipe. So I stuck to indoor equipment. The thing is most of the time I was ready to give up after about five minutes. That's when I discovered this little gem of a mind trick.

I realized that every time I got on a piece of cardio equipment (usually a treadmill), I'd get to about 3 minutes and 30 seconds and want to get off. My head would be hurting, my knees began to whine, I was out of breath, the sweat started pouring from my brow, and my heart felt like it was going to explode out of my chest. In my head the cursing would begin. I would just tough it out, call myself a wuss. You know the typical macho crap that you see on all those workout posters. When I reached about 7 minutes miraculously my head would be clear, my knees didn't hurt, my heart and breath evened out and the sweat only bothered me a little.

Now usually I'd only last another 7 minutes from that point and then cool down (I was almost 300 pounds at the time...), but I figured out something. If I could get past the initial 5-6 minutes I could do my cardio! I further went down the road of, its only 5 minutes! That's not so much! Anyone can do 5 minutes that's not so bad!

Fast forward 10 years (or so) and I still use this trick today! I've run a half marathon using this trick. In fact I used it this morning! I was 45 minutes and 6 miles in to a run on the treadmill. I didn't want to do anymore. I was tired, and I could already taste my after workout refuel. But I said to myself, come on Alex, just do five more minutes. It's five minutes, that's not too much longer! I ended up doing that a few more times pushing myself to 9.5 miles over and hour and ten minutes! Maybe that's not super quick, but believe me its one of my better times!

The best part about the trick is that it doesn't just work for exercise it works for your diet too! I did a juice fast a year or so ago. I used the same trick with the mindset of "It's only a week. I can do this for a week! It's not that long!", and you know what? It wasn't! I ended up doing it for two! So if you're dragging don't feel like exercising or sticking to your diet, just break it down to a tiny time frame. It will make it seem much more reachable and much less harsh.
Posted by Unknown at 11:02 AM